It took Herculean effort on my part, to wake up 3am in the morning, every morning, for the past week and a half. I was fed up, tired, irritated, hungry, and angry, half the time. Being called an ‘Otondo Corper’ didn’t help my demeanor.

I despised the soldiers and colleagues as well, they were all so uncouth, shouting ‘double up!’ almost every time I hit the streets of Calabar camp. I had lost all zest for life, as being posted to where I didn’t want, meant to me that my life was on hold for a whole year.

Sick with anger, I was constantly on edge, and in that ‘Don’t Piss Me Off’ state of mind.
On this fateful day, my distraught emotions were amplified by a gnawing feeling of being controlled. I don’t like to be monitored or controlled. I refused to shower at the normal 3am; I had decided I wasn’t going anywhere.

“Joy, go and have your bath, they’ll soon blow the beagle” Shola said frantically, getting dressed.

She was just about the only person I could tolerate, as my bitterness wouldn’t allow me make new friends. I wasn’t feeling tolerable in that moment, and my scowl silenced any sermons she could have thrown at me about ‘stabbing the parade ground’.

My Bunkie knew better than to implore me to wake up, as she had seen the look I gave Shola. Feeling like I had just exerted authority, and broken that insignificant bit of control, I drifted into dreamless sleep.

“Come out! Come out, you fuckers!”

The deep, angry voice registered in my brain.

What the fuck? I opened one eye, and raised my head. Three soldiers were in the room. Two were waking women up, as quietly as they could, obviously assuming that we stayed behind because we were sick. The third one bawled again.

“My friend, will you stand up?! You think I give a fuck what the matter is? You people are thieves! Why don’t you go to the clinic if you’re really sick?!”

‘It isn’t all black and white, Sir’ I thought to myself.

I was feeling strangely calm, and ready for anything. Not that I was expecting the worst, but in the midst of the cringing, scared women, I felt like a boss. I was on the top bunk, and could be spotted easily. I lifted my head, and put my hand under my chin.

The screaming soldier stared at me in disbelief.

“You. You!” He pointed and came towards me.

“Get down! Get the fuck down!” I slowly rolled into sitting position and jumped down from my bed.

“Sir, I’m not feeling well” I said in a mocking tone, searching my box for my medical report.

Ready to take whatever comes next, I turned to hand him my report.
I lost all coherent thoughts for five minutes; He was so tall. In spite of my 6’1 height, I felt a pang of fear, as he stared down at me, eyes narrowed. He smelled of musk and soap, the kind that drifted, had you turning your head in its direction…

I watched his mouth as he licked his lips. Oh God. The longest stare-down ever, and I was obviously staring. I felt hot between my thighs, as I imagined all the things I could have this god do to me.

I tried locking my pussy from within, but my mind was already giving me pleasure…

“You think you’re something eh?” His rude tone jarred my thoughts.

“Go and squat down like your mates!” I realized staring back at him may have infuriated him the more. I calmly went outside to squat, wriggling my big ass as I walked slowly. I had forgotten about the other two soldiers who were now leaving for other hostels.

“Tscheeew. They now left this mean one for us,” one of the women complained.

He came out and looked at our reports, bawling like a bear.

My legs were hurting. I didn’t care anymore, I wasn’t squatting down. That look of disbelief crossed his face again. I smiled inwardly.

Who was he, really? Was I supposed to be utterly scared of him?

“Look here. You better squat down!” He screamed

“I can’t, my legs hurt” I was getting annoyed. He turned to the other women ” All of you, double up to the parade ground!”

They raced for their lives as he said to me

‘ I’ll deal with you in this camp’. In response, I shoved my report in his direction. Snatching it from me, he almost tore it. He was shaking in anger, obviously outraged at my behavior.

If only such angry energy could be directed at fucking me, for it had been too long I had sex, this camp had cramped my style. Angry at my body’s response to this insolent soldier, I scowled as he began to undermine the report.

“This is bullshit! You have heart failure?!” He protested

“No, heart decompensating due to heart failure” I said coldly.

“Bullshit! Show me that here!” He screamed

Couldn’t he read? I moved closer to his side and began to use my finger to search for the ailment, when he slapped my hand. The bastard. Mad as hell, I turned on him and made for my hostel.

“Hey! Hey!!! Don’t walk out on me! Get back here and take this report!” He shouted

“Eat it, I have more copies!” I turned and spat at him.

“You fucker!! Who do you think you are eh?!” He continued

“What do YOU think that YOU are, eh? Swearing all over the place!

Did you bring us to camp?! Is it when I faint, you’ll know I’m really sick?!” I screamed back.

I was all burned out, crying that he’d dared hit me, however little the slap was, so angry that I wanted to fuck him so bad.

“You liar, you’re not sick! Keep talking that way, I’ll end you in this camp!” He screamed

“You insolent bastard, you’ll end here! You’re nobody, you can’t do…” I screamed back at him while stormed back into the hostel. He grabbed my arm and pulled me back into him, planting a hard kiss on my lips.

“You didn’t even wear your uniform….such audacity” he whispered, sounding incredulous. I smiled, and sighed as he kissed my neck, thumb and forefingers teasing my nipples, rough palms mounding my breasts.

Finally, his anger is been directed into sex, Gawd!!!!! Now to fill my pussy with his dick, thats the only way he can pay me back for all the annoyance he caused.

I wanted more. I led his left hand in between my thighs…

WOW….men in uniform always turn me on, I was enjoying been ordered around.

I quickly pulled off my shorts and panties, and there I was – in all my naked glory, whimpering and almost weeping as this incredibly hot soldier finger-fucked me, playing with my tits.

“Say Stephan..” He ordered me again, nibbling my ear, I tried. I could only moan it. Shiiiit, the pleasure was killing me internally.

That was his name? Could he be any hotter? “Stephan..” I cried it out, as I buckled, but his weight supported me. I almost came, but not quite yet. I wanted his D. One hand was at his waist, unzipping his fly and dragging out the real soldier.

Abruptly stopping his hands and turning me to face him, I quickly stripped him of his uniform. His penis stood at attention as I pulled off his boxers, freeing the monster , and I suddenly became confused as to whether his huge member belonged in my pussy, or in my mouth. My pussy twitched, reminding me of unfinished business down there. Wearing only his boots, I led him to a foam on the floor.

His groan increased when I sat on him, his desire fuelled by my warm pussy, as I rode to please myself. Back facing this rogue, I must have uttered a hundred obscene things as I lost myself in indescribable pleasure. He sat up, pushing his dick inside of me, just enough to make me cry as I poured on him. I was thoroughly insatiably wet, He held me, kissed my neck and my back as I climaxed, my butt and waist popping uncontrollably. I moaned and sobbed, the pleasure had been unbearable, he continued squeezing my boobs, grabbing them with intent of busting them.

“Ready for round two?” He asked as he laid back down and grabbed both my thighs, pulling my pussy from his dick to his mouth…

I couldn’t believe it, the way he pull me onto his mouth like a little girl. I attempted to make it a full 69, sucking on his dick as he kissed my pussy lips, nibbling on my clit, and then sucking on it.

He sucked on it so hard, I had started to feel pain, my legs were shaking. I muffled a cry as he lightly scrapped my clit with his teeth, flickered his tongue to ease the ‘pain’, then sucked on it again.

I couldn’t please him which I dint like. I could do nothing else but moan and whimper, as he finger fucked and suckled me, over and over. When my orgasm neared, he’d stop, and begin again.

I couldn’t muffle my scream. I didn’t know what I was feeling, only that I was out of this world with unbearable ecstasy. I instinctively tried to run, but he hooked his arms under my thighs and held my bottom in a vice-like grip.

I was spent, and I had done nothing for him..

Pussy hot and ringing, he released me to rise and, as I thought, satisfy him in return. He got up, and dressed. I stared at him, uncomprehending.

“I want to hear you moan again, but your people will soon return.” He said, wiping my tears of pleasure.

He kissed me in my protest. “Come to the parade ground by 11pm, for your ‘remaining punishment’..” With amusement in his eyes, he left. 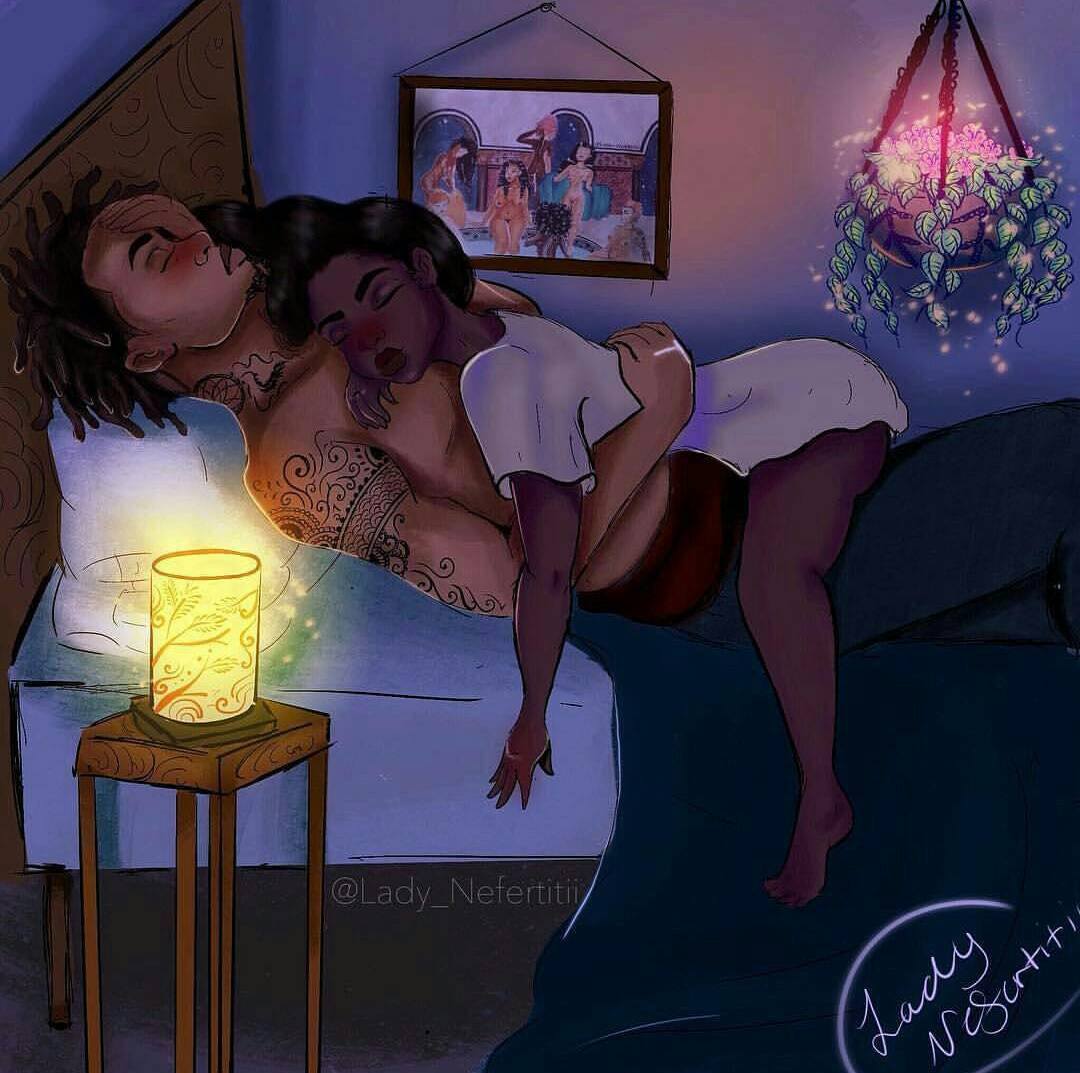