Charles and Nike are quite the noisy bunch when they shag. The fact that his room is the next to mine isn’t helping at all, because I can’t freaking sleep. It’s always so noisy that one of our neighbors once called Charles and tried to tell him about their noises, but he couldn’t be direct because it felt awkward.

Well, suffice to say that, it didn’t help. Their intercourse continued to be noisy. Truth of the story is that I and Charles met Nike together at Shaunz Bar but he was a bit more forward than I was. While I was busy casing the place, exchanging glances with her, my eyes were glued on her ass as she danced Timaya’s UKWU, Charles was on the move while I planned how to approach. It was mesmerising, as her ass independent of her body did all the dancing on its own.

Before I could say UKWU, Charles was behind her dancing away his sorrows. Though she caught some of my glances then, it was Charles who got her and the booty that night, for several other nights.

Don’t get it twisted! I get my own booties, just that the thought of seeing Nike’s booty enter Charles’ bedroom, uhmm, and the screams that she makes uhmmn… My goodness!!! The thought of her naked booty in Charles’ short is unbelievable. That girl’s soundtrack is indescribable. It was pure agony for me but definitely ecstasy for Charles.

Like every other day, they began today on a very early note. We just got back from clubbing, I danced with Nike and I made sure I grabbed some ass when Charles wasn’t looking. I tried to get a babe for myself but I couldn’t because we couldn’t settle our financial indifference. Since, I was so drunk, I figured I would just sleep off anyway and not bother shagging.

As early as 5am, the noise started again from Charles’ room, Nike, being the noisy type, all sorts of her soundtracks began to fly into my ears. After a while it died down, and my sleep continued, I heard car horns and was wondering who is going out that early Saturday morning, everything seemed blurry, as my drunkenness had almost wore off.

My dream was rather interesting, and quite eventful, as I was in a dream where I was being blown under the duvet, I didn’t bother to look, I just spread my legs further from each other and raised my hips up, savouring my dreams.

After a bit, I somehow woke up to actually find someone under my duvet sucking my dick. She was there sucking my dick, crawled in between my legs; that was a fantastic transition from dream to reality.

I wasn’t expecting any lady to visit me, which left only one conclusion. It had to be Nike, no other person. But Nike is with Charles, how is it possible, that she would leave Charles’ room and come to mine?

It was a bit confusing until I flung the duvet open, the lights were off, but the body pattern that I saw completely looked like Nike. She really knew how to work the dick, the tip, the cap, the vein beneath the dick, the balls and ball sack. Nike was a pro in this department. She worked it like her life depended on it. I had my early morning wood, so it wasn’t as if there was zero erection but Nike worked it as hard as she could.

I really wanted to grab that ass, smack that ass, and pinch the nipples. At that moment a lot of thoughts were going through my head. It seemed like this was my one good opportunity to nail this chic that had been tormenting my eardrums with her sweet soundtrack.

After watching her spit at the dick, lick the pee hole, seconds in and out. She would jack off my dick from the middle to the top in fast jerks; put her mouth at the tip of the dick, and try to draw something out of it. My waist was off the bed, pushing up against her mouth, trying my best to shove it down her throat.

I sank my hand into the top of the bed, and brought a condom, I dragged her hand up as she continued with the dick, I dragged her hard as she couldn’t afford to leave the dick, I handed her the condom, and she strapped it on me. She understood I enjoyed the head. In the great words of Katt Williams; head ain’t a pussy replacement, its just a quick meal like a snack, pussy is still at the top of the list.

She assumed reverse cowgirl position, as she slowly and gently sat on the rock hard dick, she put her pussy over my dick, the embrace from her pussy wall was warm and grip was intense, a tighter pussy than I thought.

She wasted no time in bouncing up and down on the dick, I enjoyed the view, as she rode with strength and unwavering vigor. The memories of me sneaking a quick view at her awesome ass came back to my head. I was ecstatic that the pussy was mine even if it’s in the interim, I smacked the ass, grabbed a chunk of it and pulled.

I was on cloud 9, I lifted my back up and supported my body by placing my arms behind me as she continued to ride, her soft ass began to collide with my thighs and the lower part of my abdomen. Then she started with her loud sound tracks again, her trademark noise. I was almost livid with fear, thinking what if Charles hears her screaming then breaks down my door.

None of what I thought happened, I began to shift back slowly as she continued to use my dick as an instrument to clean out her pussy, clearing cobwebs from the hidden corners of her pussy.

As I was moving backward, I dragged her waist beside me to the back, I managed to drag her back to the bed post. My back was against the bedpost giving me ample room to grab her boobs as she continued riding my dick like it was a matter of life and death. Her boobs were small but no complaint will come from me.

Her soundtrack increased again. I tapped her, we changed positions and I made her lie on her back, stuffed pillows underneath her, around her belly. She opened her legs and there she was, with her wide hips, I balanced behind her and inserted my dick.

My dick was covered in her pussy juice, I reckoned that she came while she was riding. I began to thrust into her from the back, grabbing a handful of her ass as my waist hit against her soft backside. It felt good, our body language was fine, she understood how I wanted it and she gave it to me like that, as the soundtrack increased, I made her lie on the bed on her belly, then I began to thrust as fast and hard as I could. Then and there is that absolute feeling of pleasure mixed with the sweat on my body.

Her soundtrack this time was higher than before, I covered her mouth with my hand to muffle down her sound as daybreak was approaching. The cushion effect of her ass was awesome, I felt my load coming, and with the last few strokes, I plunged deep into her pussy like I was drilling for oil and then pumped my load into the condom. I laid there for another 3-4 seconds.

I still couldn’t believe that it was the same Nike that I just shagged. I asked her what happened after I regained my strength. She told me Charles just loves her giving him a head and he blows her mind with his head giving skills too.

I was intrigued to find out that all the screaming we have been hearing wasn’t from them shagging each other’s brains out, that they were products of blowjobs. Nike also complained that he doesn’t really last in bed, that earlier he was blowing her until he got a call from his boss to rush to the airport to pick someone. After he left, she was going to sleep then she tried to see if my door was locked or opened. When she opened the door, she found me with my hands in my pants, stroking my dick and she took over from there.

The only thing is that when Charles finds out, there will be hell to pay. 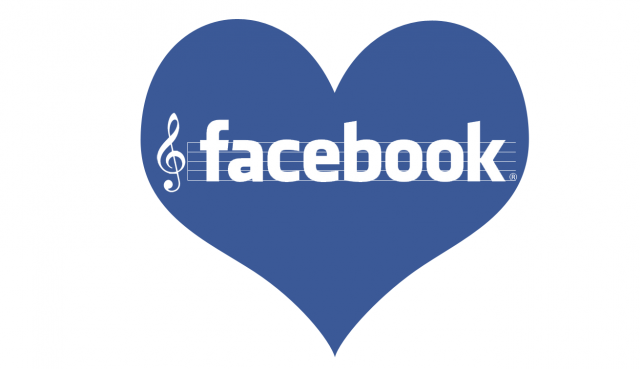